EURO 2020 is finally under way after being delayed for a year. YouGov covered expectations among football fans across Europe.

YouGov surveyed people in Germany, France, Italy, Spain, Sweden, and Denmark right before the tournament start to take the temperature on the Europeans’ expectations and their predictions. 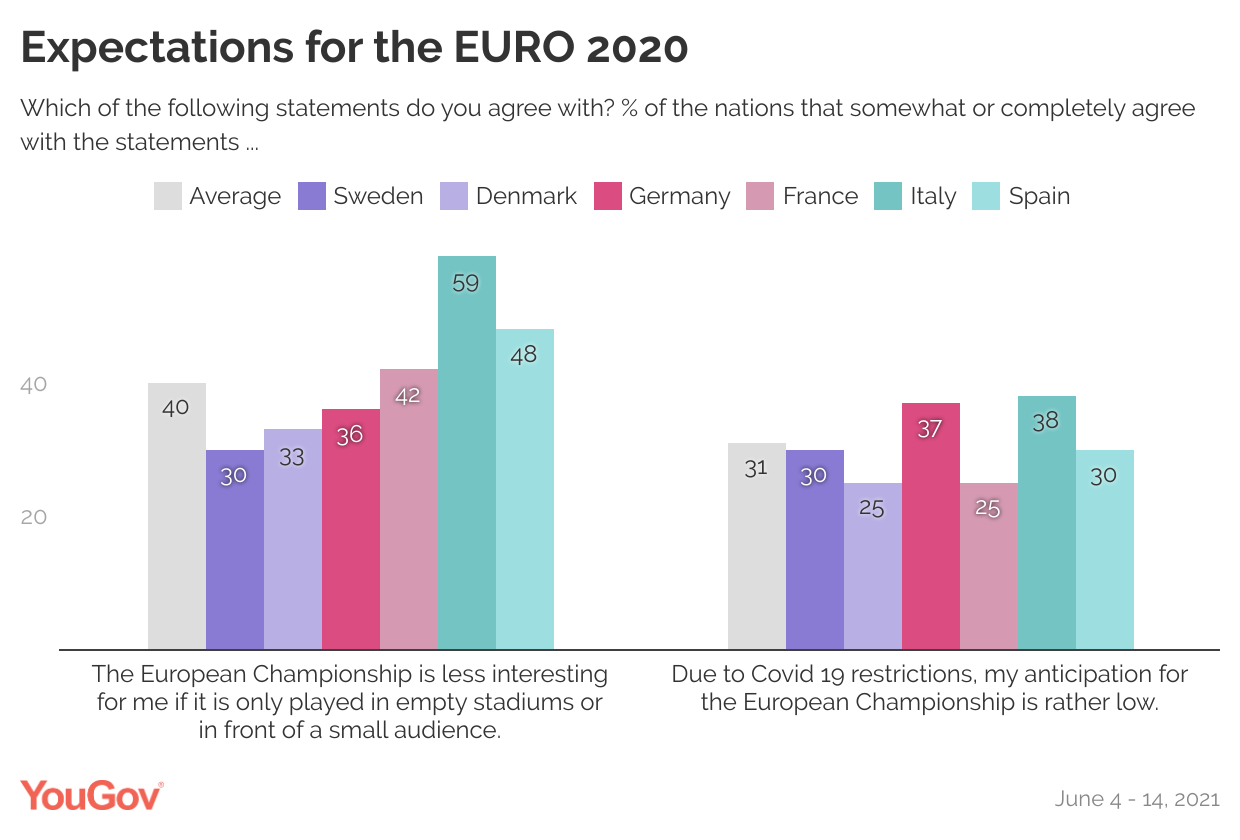 Coronavirus has in many ways left its mark on EURO 2020 with restrictions that vary from country to country and limited seats. It has also affected Europeans’ expectations leading up to the final round. In general, the Europeans across the nations surveyed were enthusiastic about the EURO 2020 to finally be under way, but for every third (31%) anticipations were rather low due to COVID-19 restrictions, and 40% completely or somewhat agree that the European Championship is less interesting when it is played in empty stadiums or in front of a small audience. This view is to a greater extent shared by the Italians (59%) and Spaniards (48%) and to a lesser extent by the Swedes (30%) and the Danes (33%).

Despite all of this, more than half of the population in the nations surveyed will watch all or some EURO 2020 matches in June and July.

Who will be watching most closely?

Over half of Europeans (57%) will watch some matches, and among those 8% intend to watch “all or most” of the matches. 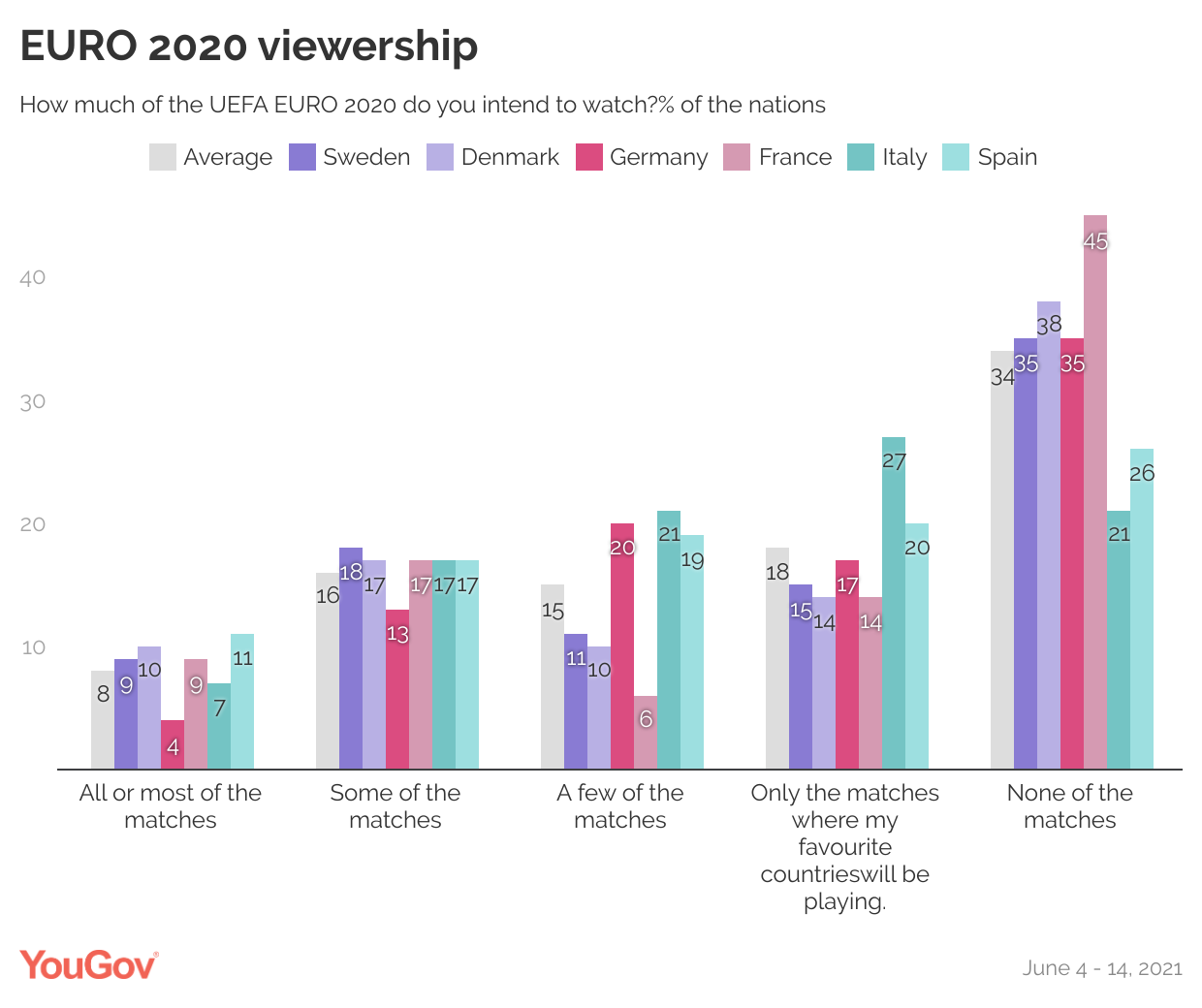 Italy (72%) and Spain (67%) are the countries where most of the population is planning to watch the European Championship matches to some extent.

The highest proportion of people who don’t think they will watch any games can be found in France (45%).

The main reason to watch the Euro 2020 is to support one’s country. 26% of all respondents agree with that statement across the surveyed nations.

Coronavirus and restrictions have affected how the Europeans will watch the games. Only 15% of those who are planning to watch at least a few matches intend to watch some of the games out of home (at a bar, public viewing, live at a stadium).

Who are the favorites?

France is by many considered  the favorite and the 6 nations surveyed agree.

Germany, being one of the most successful teams in the history of the tournament, have smaller expectations to their team. Only a fifth of Germans (20%) believe “Die Mannschaft” will win the tournament.

The Nordic countries are perhaps not surprisingly the most humble nations when asked about their own team’s chances.  respectively 8% in Denmark and Sweden think their team will take the title.

Coca-Cola is the best-known sponsor

Among this year’s sponsors of EURO 2020, Coca Cola is best-known to the Europeans with 25% being aware of this sponsorship. Next up is the sports brand Adidas with 21%, followed by Heineken (16%).