With coronavirus vaccination programmes continuing apace across the world, data from YouGov’s COVID-19 trackers shows that Europeans are increasingly willing to take the vaccine.

The biggest increase has been in Sweden. In our first survey there in mid-November only 45% of Swedes said they would be willing to take the vaccine. That figure has since increased to 66% who would take the vaccine (or have already done so).

Britain has seen a similarly large increase, going from 61% to 81%. 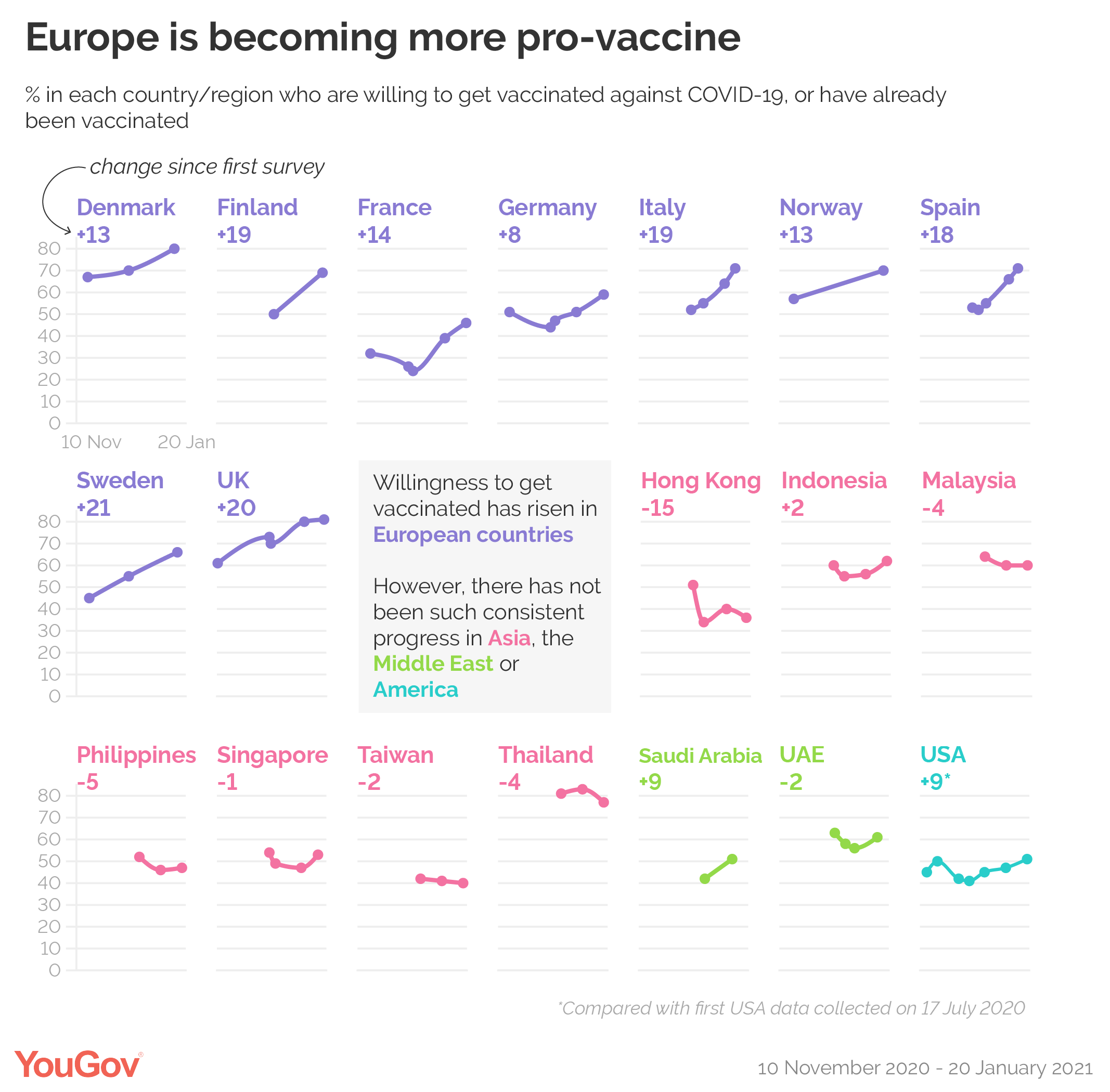 Perhaps the most important shift has taken place in France. At the time of our first survey conducted there in mid-November only 32% of French people said they would take the jab. This figure actually fell to 24% by mid-December – the lowest level of any country surveyed. Since then, however, willingness levels have risen to 46%.

Attitudes in Asia and elsewhere are taking longer to shift

Outside of Europe, the trend is less consistent. In the US, where YouGov has been tracking attitudes since July, currently 51% of Americans have either received their vaccine or are happy to do so – the highest level so far. Prior to this, figures had been between 36% and 50%.

In Asia attitudes are about where they were when YouGov first asked in mid/late December. The most notable shift has taken place in Hong Kong, where willingness to take the vaccine is 15 points down on the original level, at 36%.