A new survey in 14 countries and regions looks at the impact of COVID-19 on people’s relationships, faith and mental health.

With COVID-19 having ravaged the planet for the past nine months or so, the toll the disease has taken in terms of lives and money is well-reported. But what is less well known is how the pandemic has affected people’s personal lives.

A new YouGov survey, conducted in 14 countries and regions, reveals the damage done to people’s personal lives across the world.

People in the UAE report the most negative impact on their romantic lives, with 24% saying that their relationship has become strained or even ended as a result of the virus. One in five Indonesians (21%) likewise say that the virus has taken a toll on their love life, as do 15% of Americans, Britons and Hong Kongers.

Danes are least likely to have been adversely affected, at 7%. 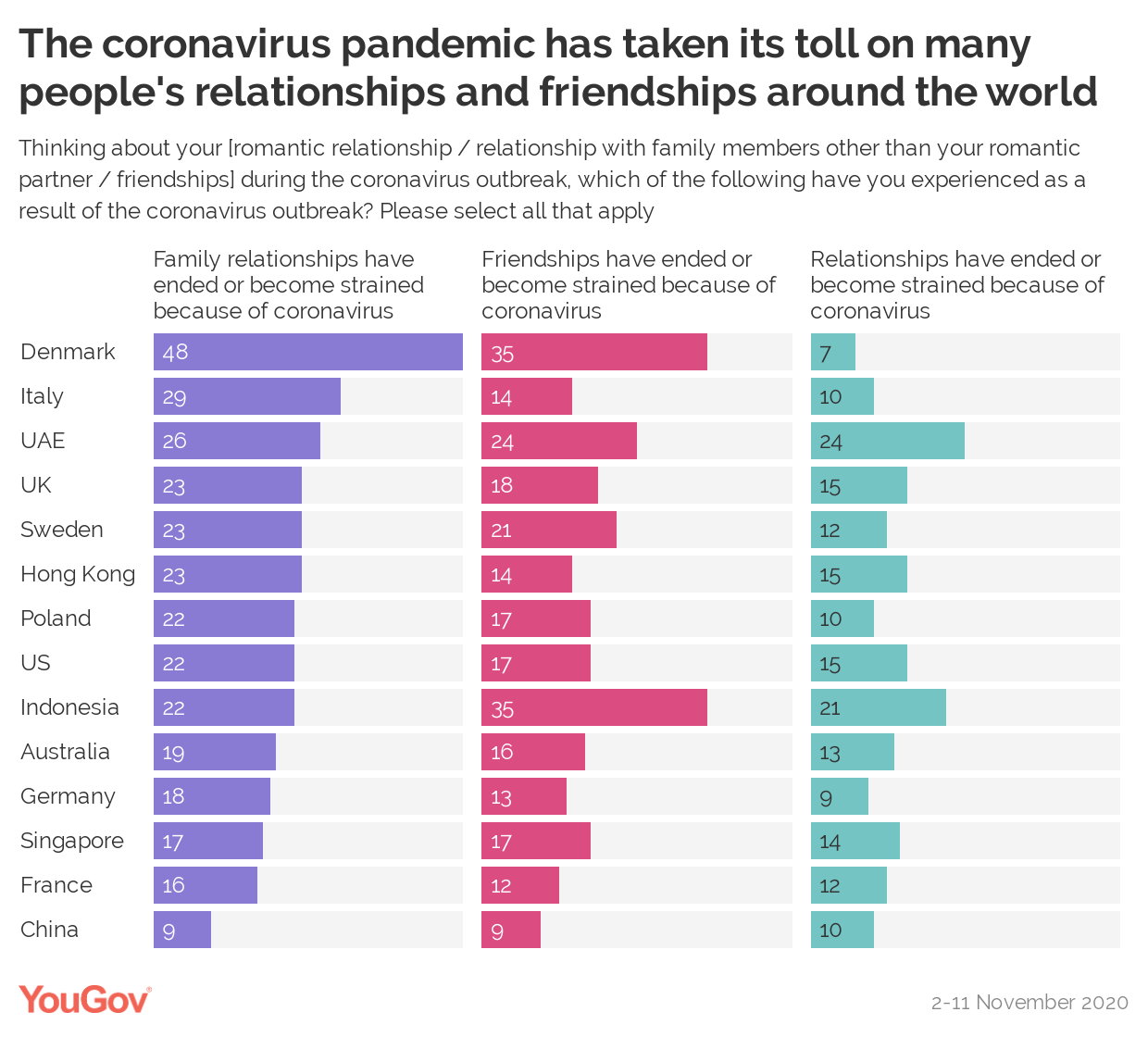 This figure is far higher than in any other country, with Italy in second place at 29%. The Chinese are least likely to have experienced disharmony in the family since the pandemic began, at just 9%.

Danes are also the most likely to say their friendships have taken a hit because of coronavirus, at 35% (joint with Indonesians). Again, it is the Chinese who are least likely to have fallen out with their friends, at 9%.

The global pandemic has been a trying time for us all, and for many religious people has proven a test of their faith. In the UAE, some 16% of people say their faith has become more strained, or been lost entirely, as a result of the disease. One in eight (12%) say the same in Singapore, as do 11% in Indonesia. 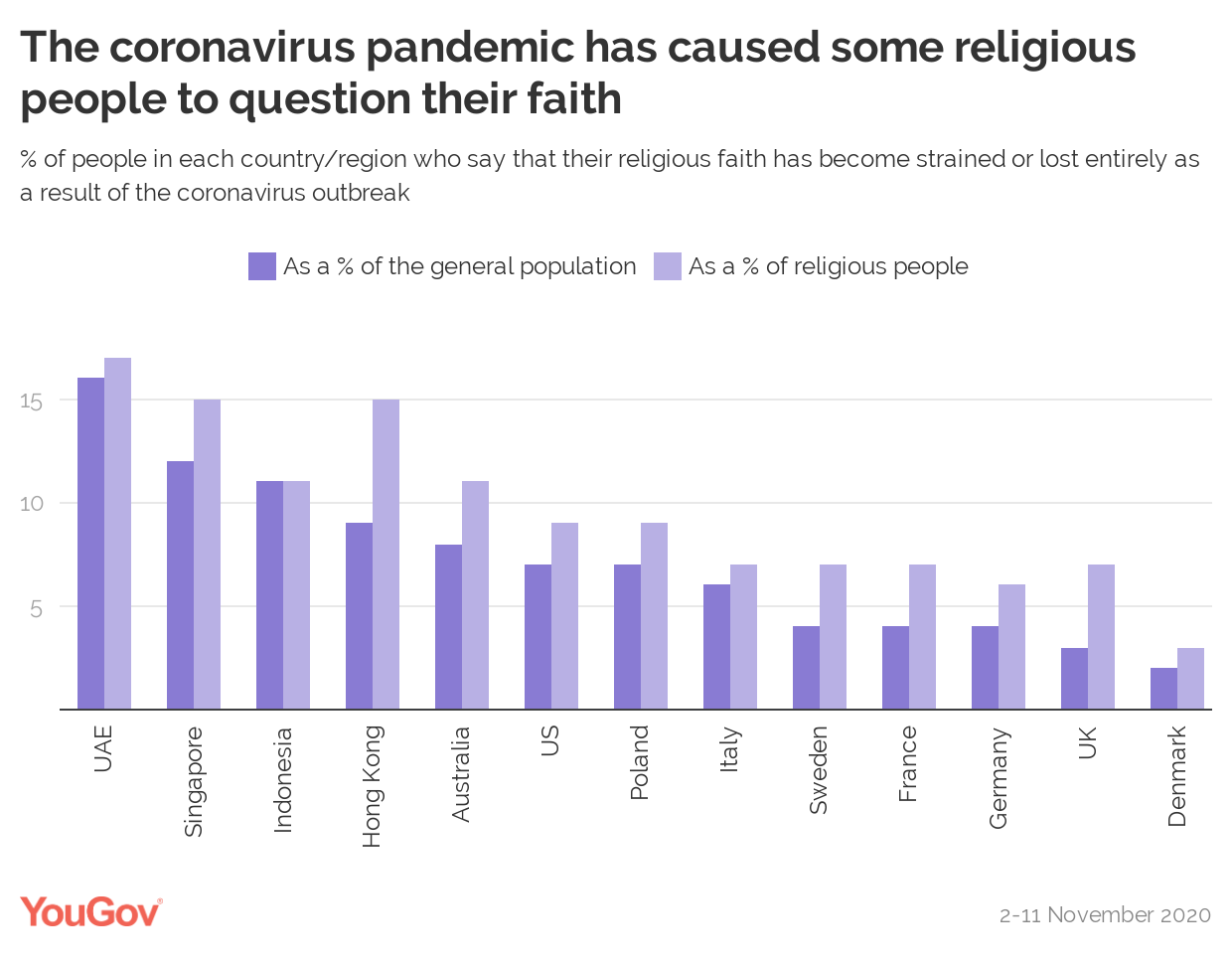 Britons are the most likely to say that the virus has negatively affected their mental health. Almost two thirds (65%) say they’ve found themselves more troubled over the course of the outbreak, slightly ahead of Hong Kongers (63%) and Italians (62%).

Germans are the least likely to say the crisis has had a negative impact on their mental health, at 44% - the only country where this figure was lower than half. 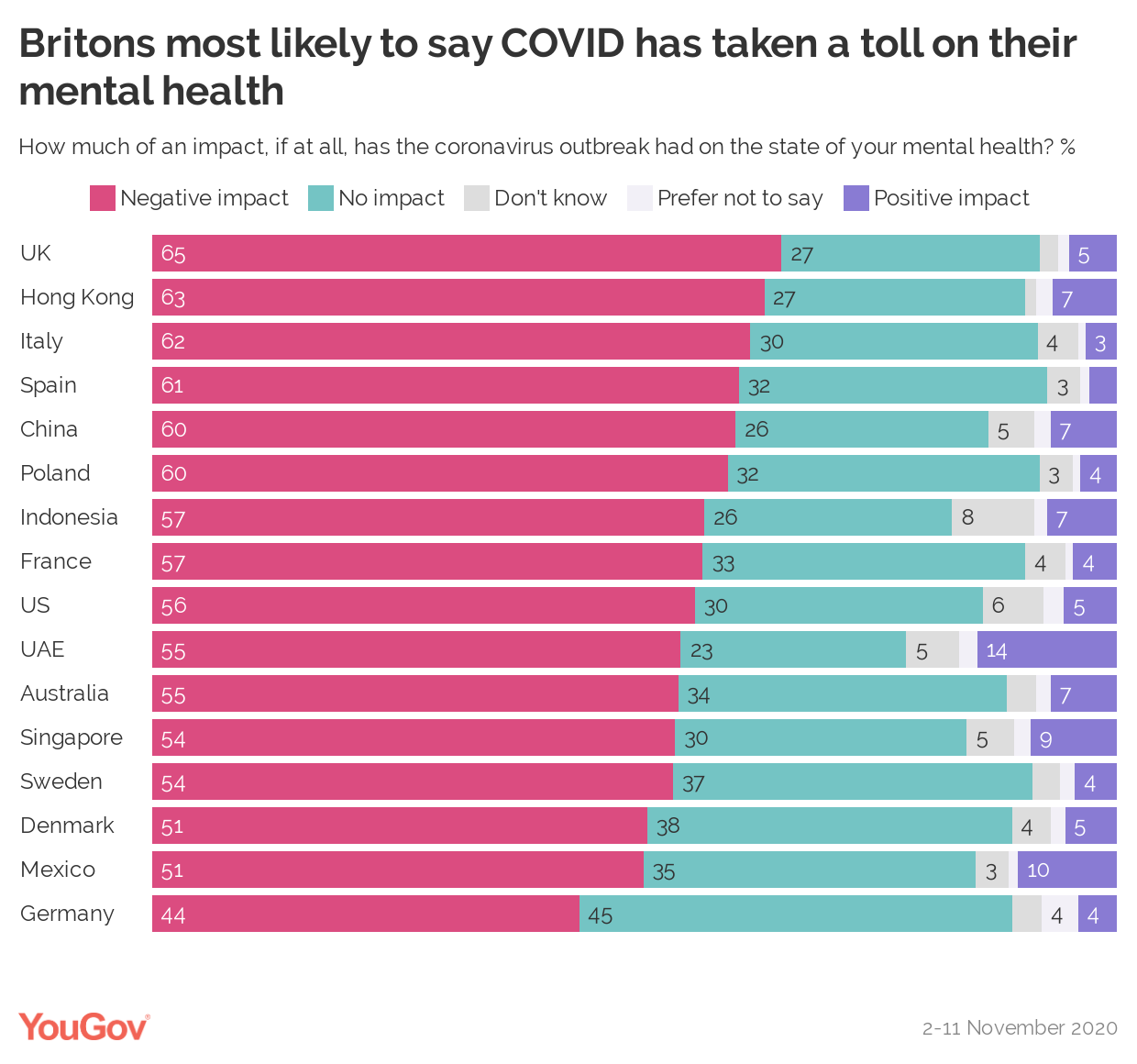