Britons, Spaniards and Americans are most likely to think they have done less well than others

At the beginning of the summer YouGov revealed that Europeans believed the UK had lagged behind them in its coronavirus response – and that Britons agreed with this analysis.

Now the results of a follow-up study show how and where attitudes have changed.

Europeans continue to see Britain as the sick man of Europe, with all six nations believing by wide margins that their own country has handled coronavirus better.

Britons tend to agree, although they have become slightly more assured of the UK’s pandemic response, with small numbers shifting toward the idea that Britain’s response has been superior since the last survey was conducted. 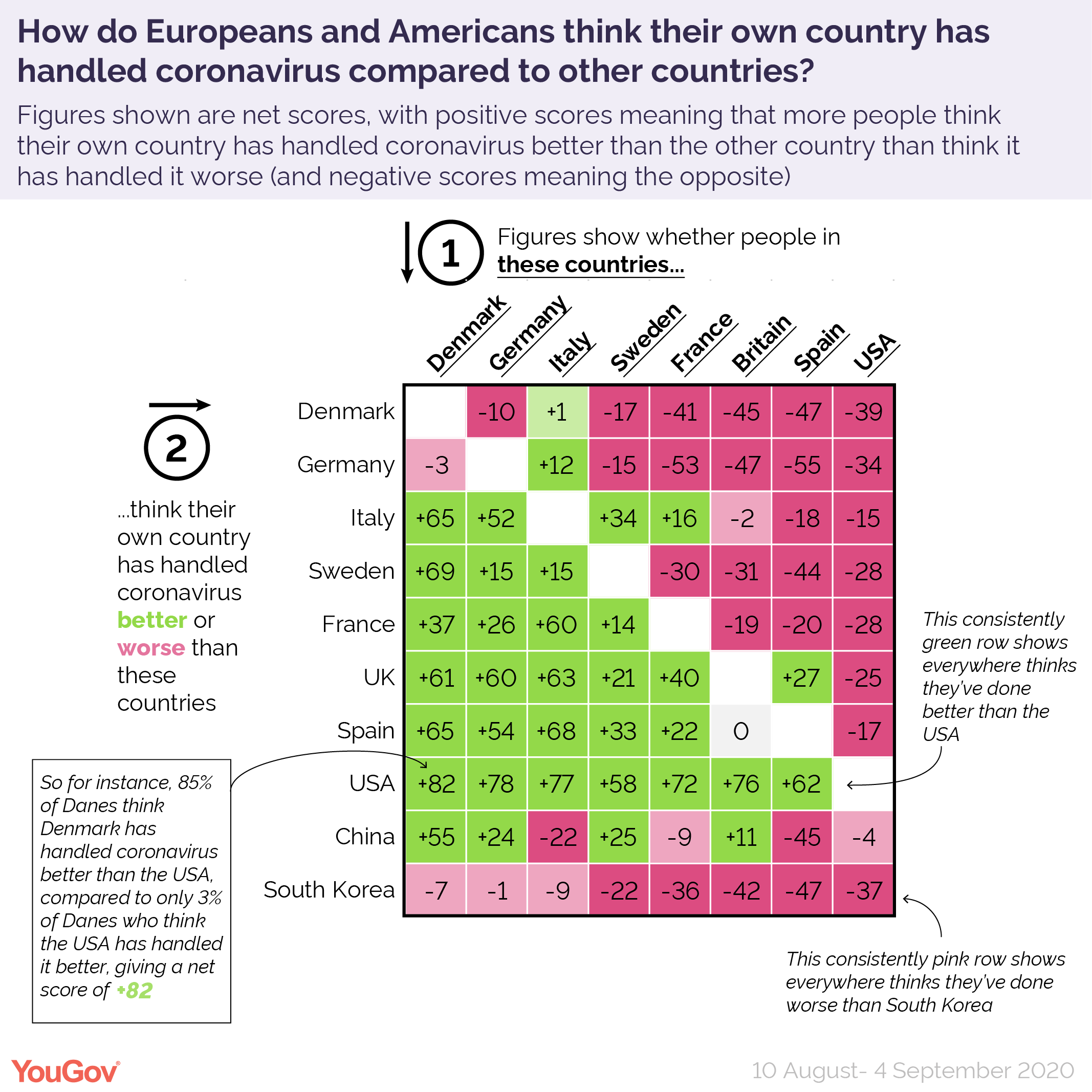 The most notable differences between the two surveys can be seen in the US and Italy.

Italians are far more likely to think their nation’s handling of the outbreak has been better than other nations than they were in May. For instance, in our first study the Italian response compared to France was +33 (42% thought they had done better than France, compared to 9% who thought Italy had done better). It now stands at +60.

There have been similarly large increases in attitudes compared to the South Korean, German, Spanish and Swedish performances.

In America, by contrast, people are even more likely than they already were to think the American response has been inferior to that of other countries.

In May Americans thought they had handled coronavirus better than only Italy, Spain and China. Today they don’t think they have done better than any country.

In fact, there has been a double digit drop in net belief that America has performed better than almost every country listed. The largest change is against Italy, having fallen from +13 in May to -15 now.