Across Europe and America people are generally opposed to allowing in foreign tourists, although this depends on the country.

It is now possible for many Europeans to travel to and from most countries in the EU and Schengen areas as well as the UK, provided they meet certain criteria.

While welcomed by the tourism industry, a new YouGov survey shows that Norwegians are clearly opposed to the measures. Given a list of countries and asked whether they supported or opposed allowing tourists from those places to enter Norway without having to quarantine, Norwegians were more likely to be opposed in most of the cases. 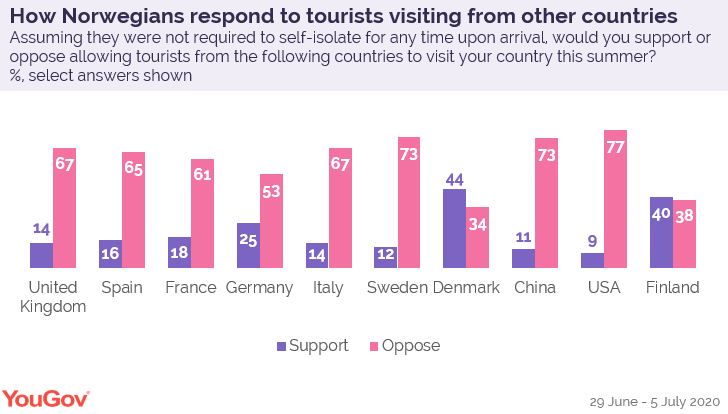 The study shows that Norwegians are predominantly opposed to allow tourists enter Norway, except from visitors from Denmark where 44% Norwegians support Danish tourists to visit.

The Norwegians’ least wanted tourists are on the other hand Americans, Chinese and Swedes where respectively 77%, 73% and 73% oppose.

Scandinavians are more wary of Swedes

Across Europe and America people are generally opposed to allowing in foreign tourists, although this depends on the country. There are some noticeable trends when it comes to attitudes towards particular countries… 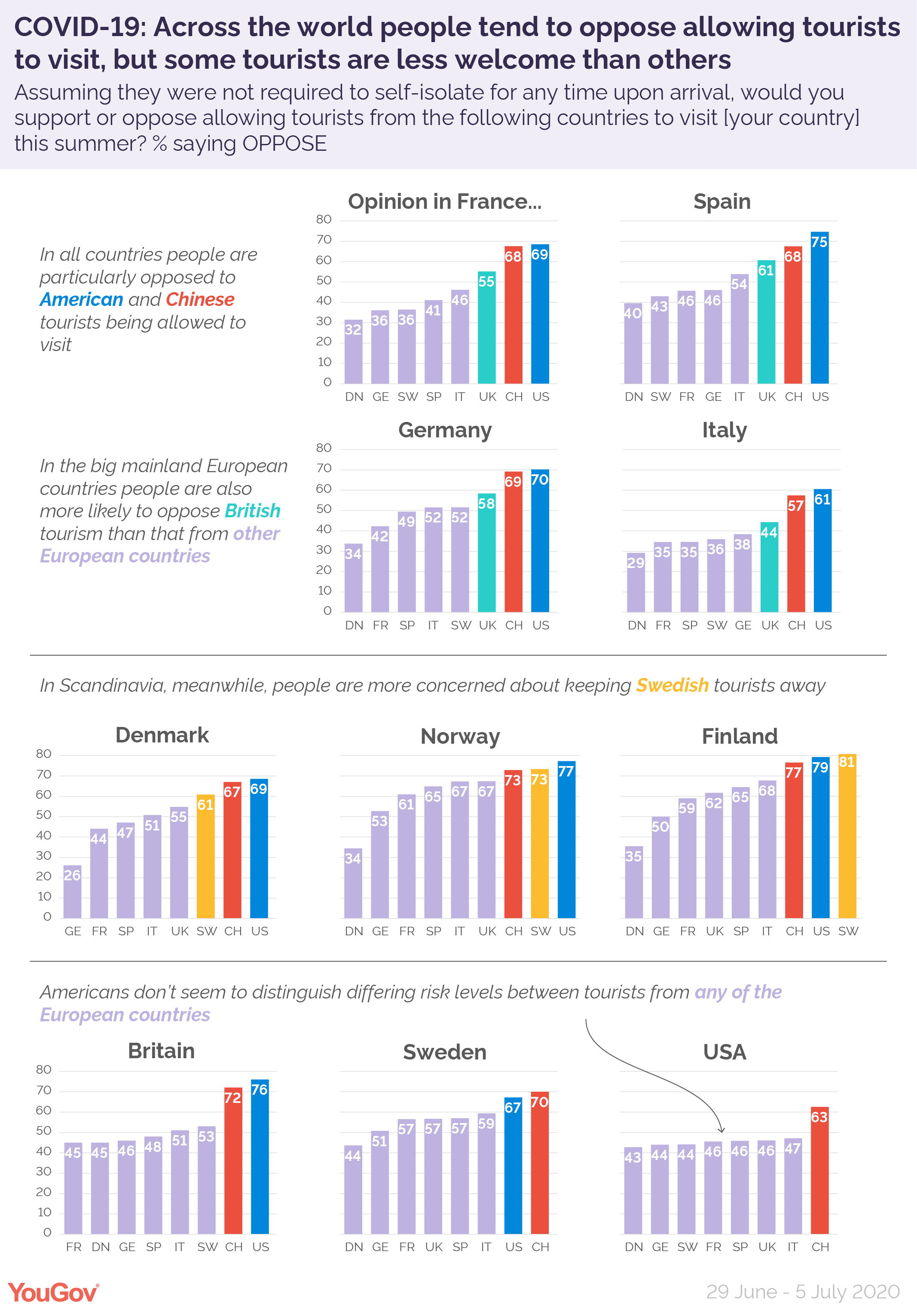 People across Europe tend to be most worried by American and Chinese tourists. American tourists are the most opposed in all countries surveyed (except Sweden where they come second to Chinese tourists, and Finland where they come second to Swedes). Overall 61-79% of people in each country oppose allowing American tourists spending time in their country this summer.

Chinese tourists are similarly unpopular, with an opposition rate of 57-77%. They are the most opposed group of tourists in America and Sweden, and second most opposed in most of the other countries.

When it comes to the Scandinavian countries, they are all preoccupied by Swedish holidaymakers. In Denmark, Norway and Finland, Swedish tourists are the most opposed of all European tourists, at 61%, 73% and 81% respectively. Sweden is unique among developed countries for having not instituted a coronavirus lockdown, and the consequently higher case rates are clearly making its neighbours nervous.

How coronavirus has affected Norwegian tourism

The study also looked at how willing people are to visit other countries this summer.

Coronavirus has clearly made people reluctant to travel abroad. In Norway no destination was considered by more than 25% of people. In fact, for any given country no fewer than 35% of Norwegians said they would not go there specifically because of coronavirus. Given that many people wouldn’t have gone to other countries for other reasons, this means that the vast majority of people who might normally consider going somewhere on holiday are refusing to do so specifically because of coronavirus. 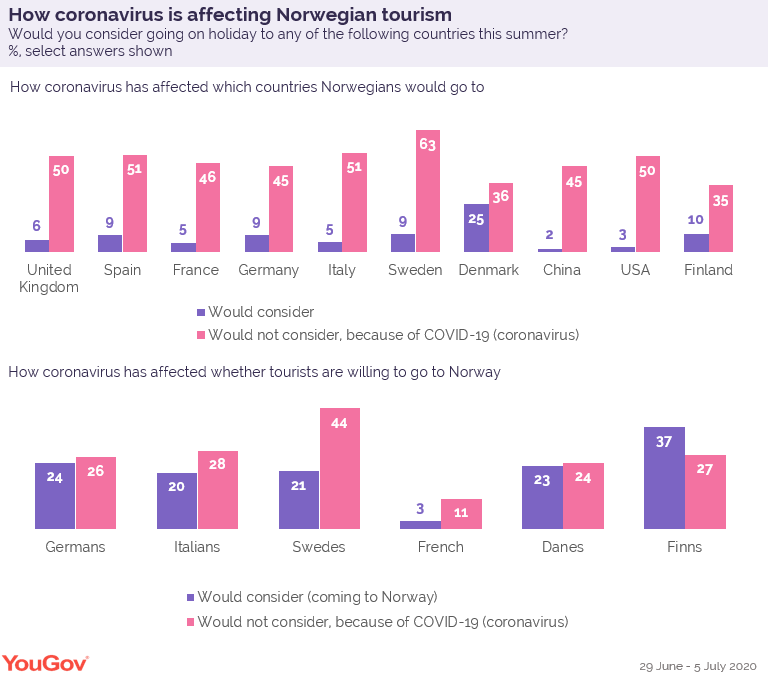 In terms of the impact on tourism to Norway, a similar story plays out. Only 3-37% of people in the other countries studied said they were considering spending time in Norway this summer. Again, 11-44% say that coronavirus is keeping them away.