New data from the YouGov-Cambridge Globalism Project reveals which nation’s brands add the most value to goods that are manufactured there. The survey asked people in 23 countries whether they would think more or less positively about a product if it was made in one of 12 nations.

Across the 23 countries an average of 50% of people would think more positively about a product if they saw “made in Germany” written on it. By contrast, only 6% on average would think worse of the product for seeing its place of origin, giving products made in Germany an average net score of +45 and the top spot on the list.

When it comes to British goods, on average 41% of people across all countries think positively of them and only 6% negatively, giving a net score of -34 (tying in third place with France). 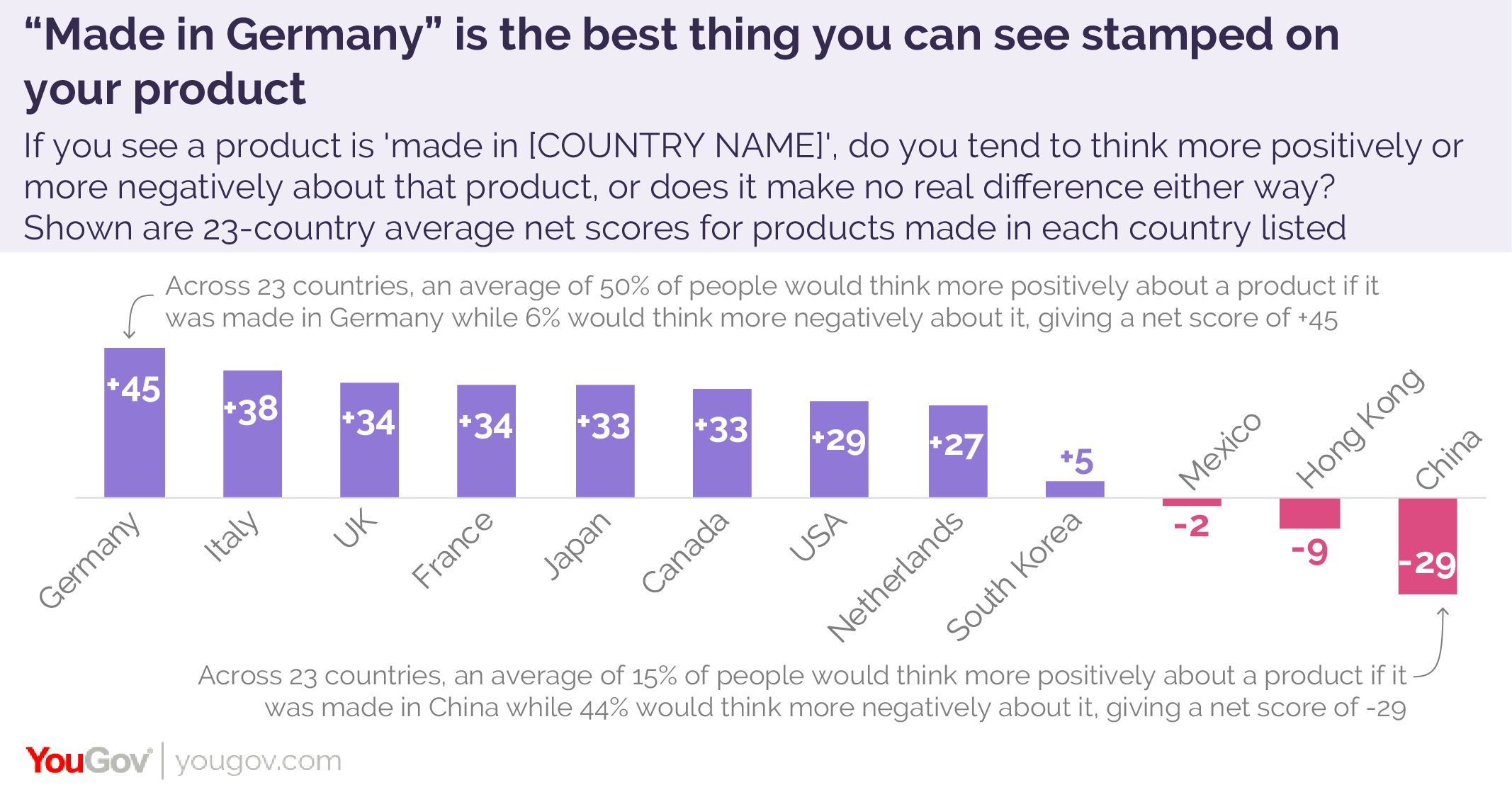 Japanese goods are seen as superior to those of regional rival South Korea. While Japanese products have a net score of +33 (with 45% holding a positive view compared to 11% a negative one), in South Korea this figure is only +5 (26% positive, 21% negative).

By contrast, an average of 44% of people have a more negative view of a product upon seeing that it was made in China, almost three times the number who would think more positively of a Chinese product (15%). This gives Chinese products a net score of -29, the lowest of the 12 nationalities we asked about.

Unsurprisingly, most products receive a ‘home team advantage’, being more positively reviewed by those in its country of origin. Nowhere is this more the case than Mexico, where 67% feel warmer towards anything “hecho en Mexico”, compared to an average of 17% across the 23 countries. 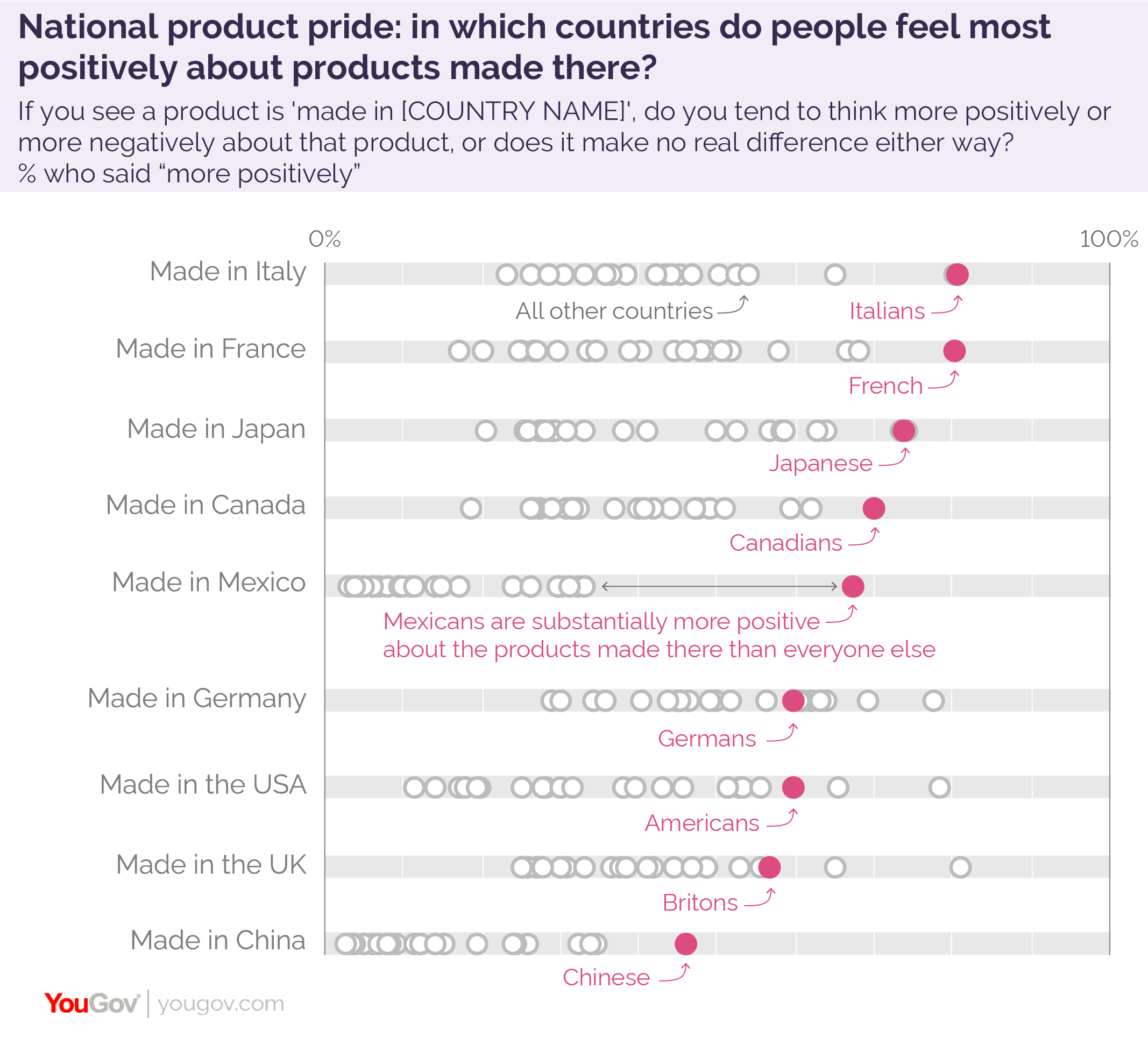 The most muted home team advantage is in Germany. That is not to say that Germans are not proud of their products – 59% have a more positive view of something made in their country, compared to the 23-country average of 50%. It is rather that there is such extraordinary enthusiasm for German goods in other countries (as high as 77% in Egypt) that it makes the Germans seem less enthusiastic by comparison.

The least likely to hold a positive view of their own national products are the Chinese, with fewer than half (46%) saying they thought more highly of a product upon finding it was manufactured domestically.