As the adage goes: “the customer is always right”. This saying implies that the customer is king, and that all others are subordinate before the might of the buyer.

But should this be the case? Writing in Forbes in 2017, Bruce Claver argued that in fact employees should be the primary priority of a business, because whether workers are happy or not will impact on the service that customers receive and therefore how satisfied their customers are with the company.

The results show that businesses are more likely to favour staff over customers in five of the nine nations. This was especially the case in Denmark, where fully 60% of businesses said that companies should value their staff most highly, compared to just a third (33%) who said that customers take priority. 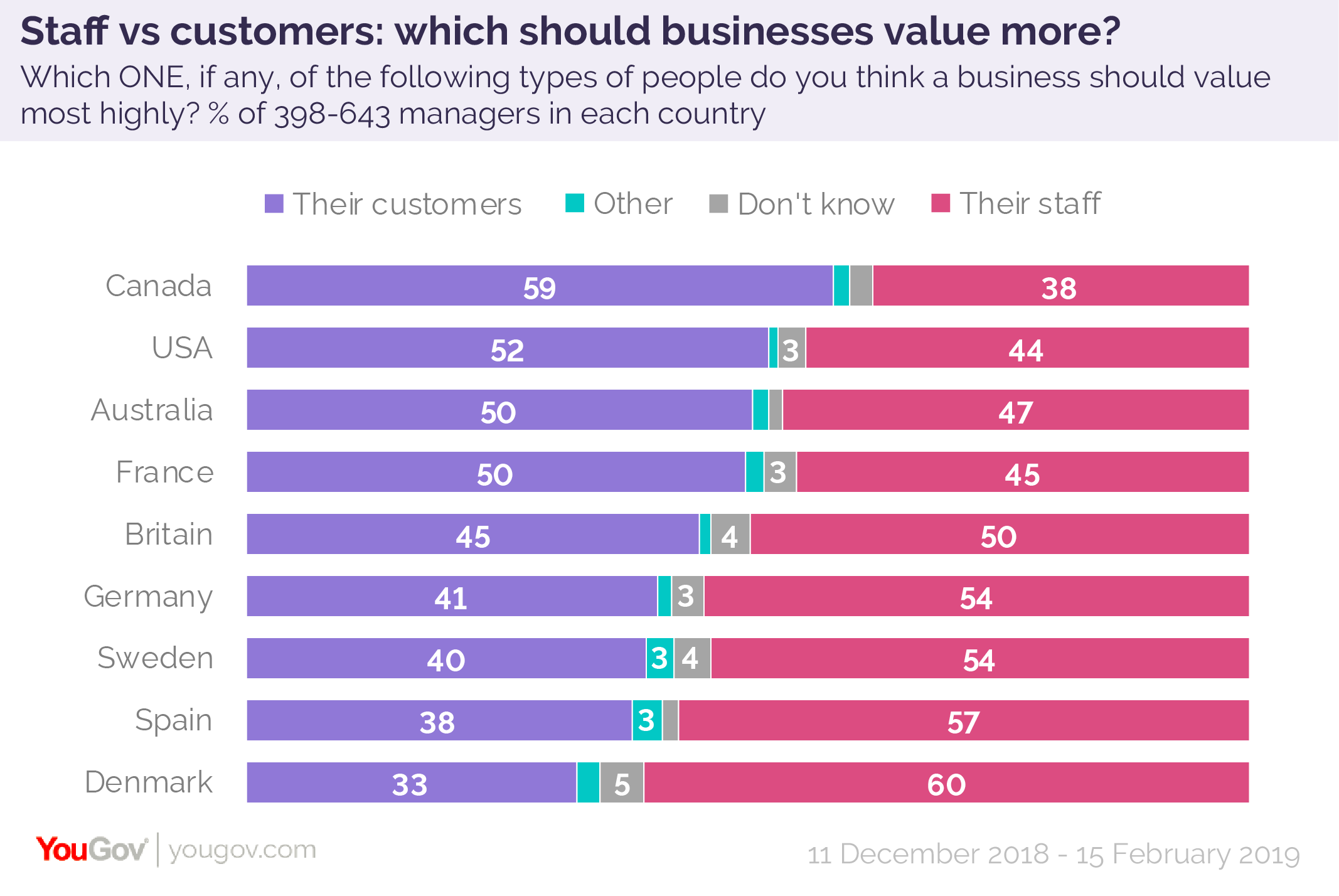 In Spain, Sweden and Germany the lead by which managers expressed their preference for staff over customers also reached double digits.

While in four countries businesses tended to place their customers higher on the pecking order, in only one was this view given by a clear majority of all businesses: Canada. Among Canadian businesspeople, 59% said that firms should value customers the most highly compared to 38% saying the same of their staff.

Australian businesses are the most closely split, with 50% opting for customers and 47% staff.