Britons want the EU to agree to a Brexit extension, although MPs seem to have other ideas

MPs rejected an amendment last night that would have allowed the Government to delay Brexit should a deal with the EU not be forthcoming fast enough.

Had the amendment passed, the British public would have wanted a request to succeed: 44% would want the EU to agree to a postponement, compared to only 33% who wouldn’t. 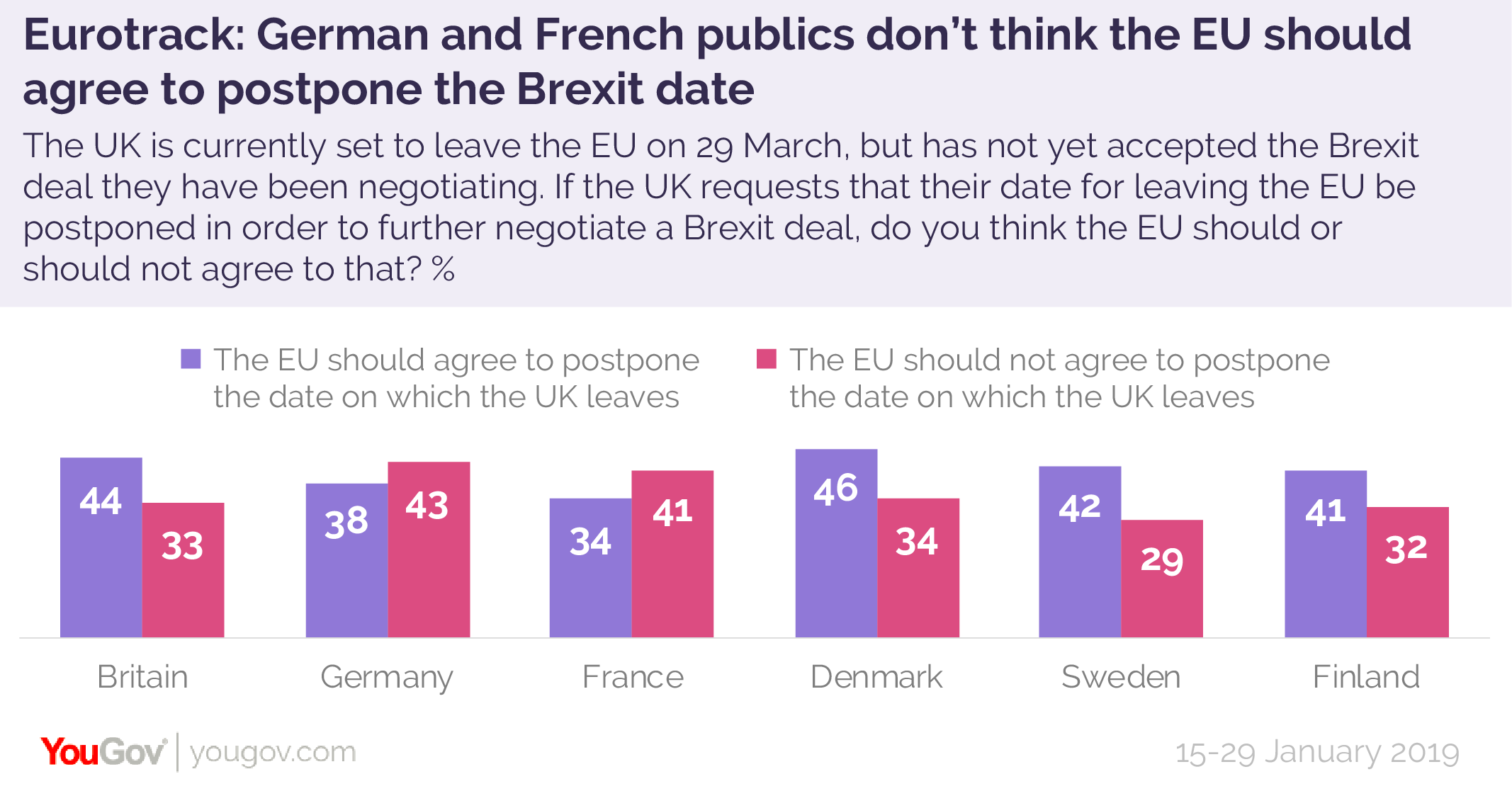 The public in France and Germany are less generous, however. By 41% to 34% the French want the EU to refuse an extension. Germans feel the same, with 43% saying the EU should not agree to any movement on the deadline, compared to 38% who think they should.

People in the EU’s Scandinavian nations are more amenable to Britain’s dilemma, with pluralities of 46% in Denmark, 42% in Sweden and 41% in Finland saying the EU should agree to push back the Brexit date if that’s what the UK requests.