As Christmas draws in families and workplaces will soon be stocking up on tubs of selection chocolates, followed shortly thereafter by bickering over the best treats contained within.

A lucky few will experience a perfect harmony of preferences, finding that the chocolates they like the most are hated by everyone they’re sharing them with.

But in far more cases an unseemly scrabble for the best chocolates will take place, leaving the weaker members of the group to scavenge through a sad-looking tub of mini-Bountys.

But which ARE the nation’s favourite selection chocolates? And which are the ones consistently left at the bottom of the tub each year? New YouGov Omnibus research reveals the answer. 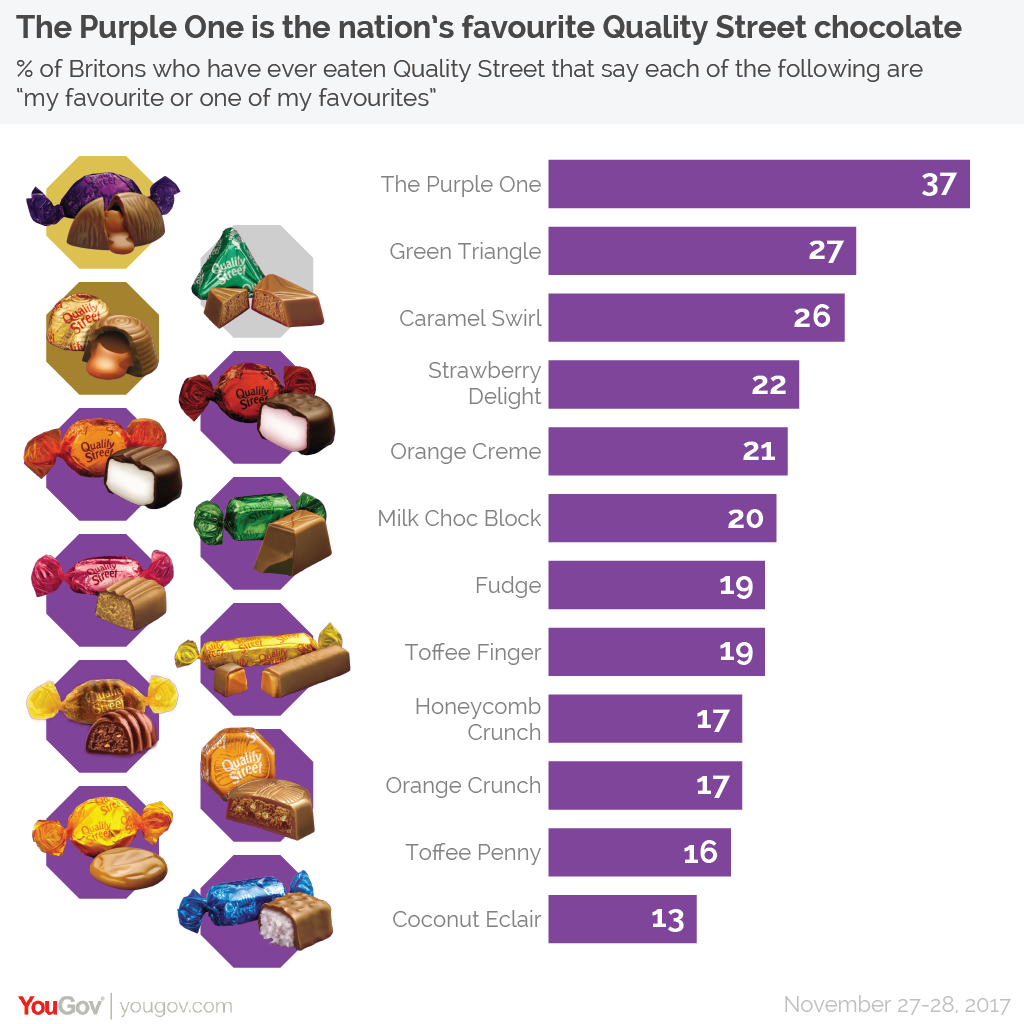 “The Purple One” is the fastest disappearing chocolate from a Quality Street tub, with 37% of people who have ever eaten Quality Street saying it is one of their favourites. The caramel and nut treat stands far ahead of its second placed rival, the Green Triangle, on 27%.

By contrast, the Coconut Eclair is the Quality Street chocolate most likely to remain skulking at the bottom of the tub as the festive season rolls on, with only 13% saying that it is one of their favourites. 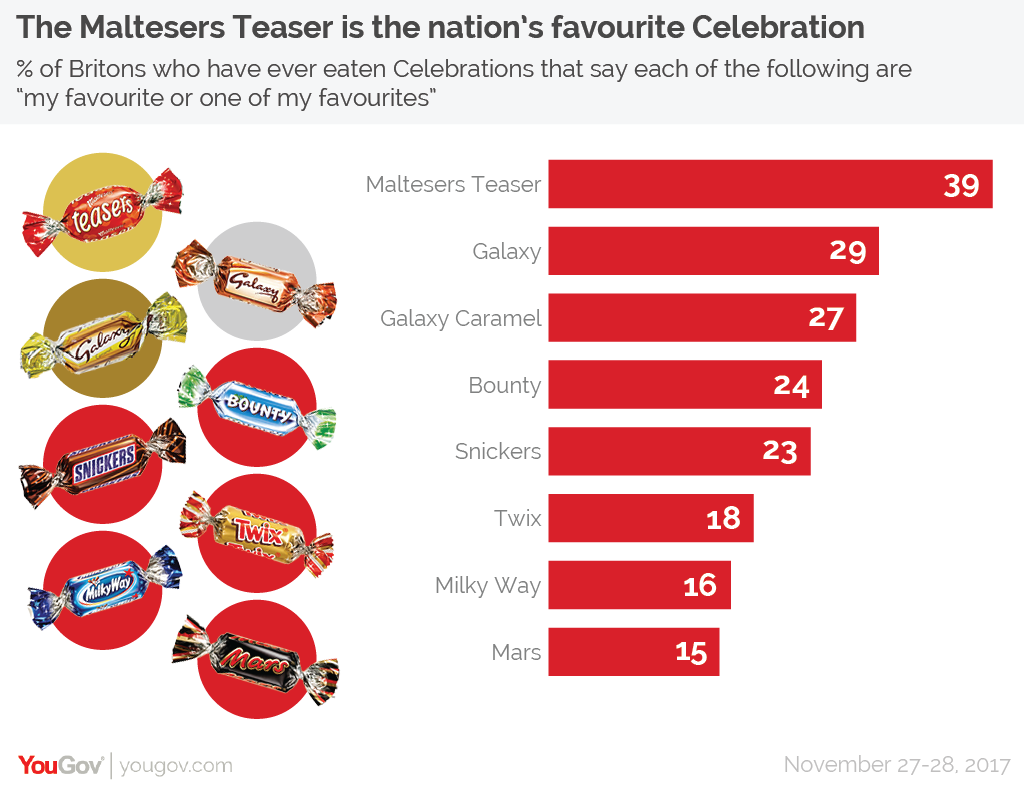 The humble mini-Mars comes last in the Celebrations rankings, with only 15% listing it among their favourites. 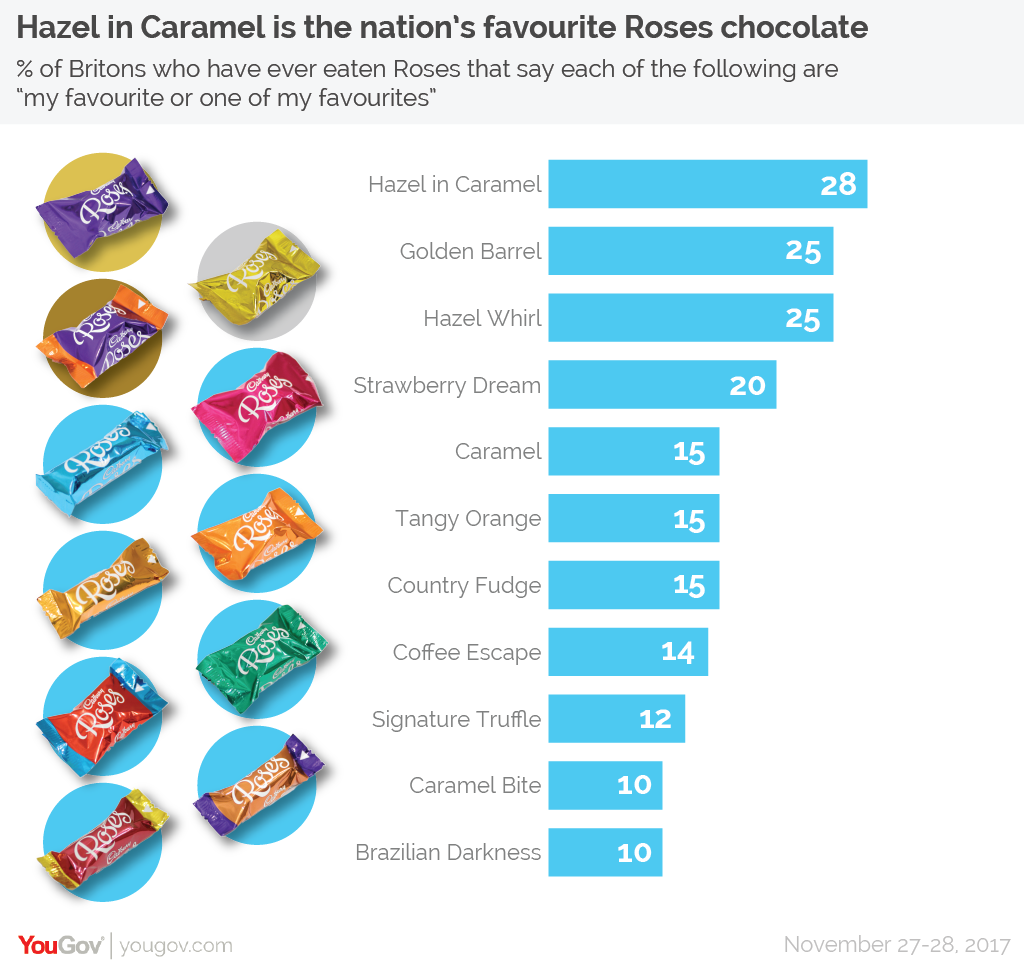 Hazel and soft caramel are clearly the most popular flavours in the Roses tub, with the top three Roses containing one or both. The public’s favourite Rose is Hazel in Caramel at 28%, followed by the Golden Barrel (simply soft caramel in chocolate) on 25% and Hazel Whirl also on 25%.

The 28% figure for Hazel in Caramel makes it the lowest scoring favourite chocolate out of the four selection tubs we asked about.

At the bottom end of the rankings, people were the least likely to say that Caramel Bite and Brazilian Darkness as their favourite at just 10% each. (The Caramel Bite is admittedly a much more recent addition to the Roses roster) 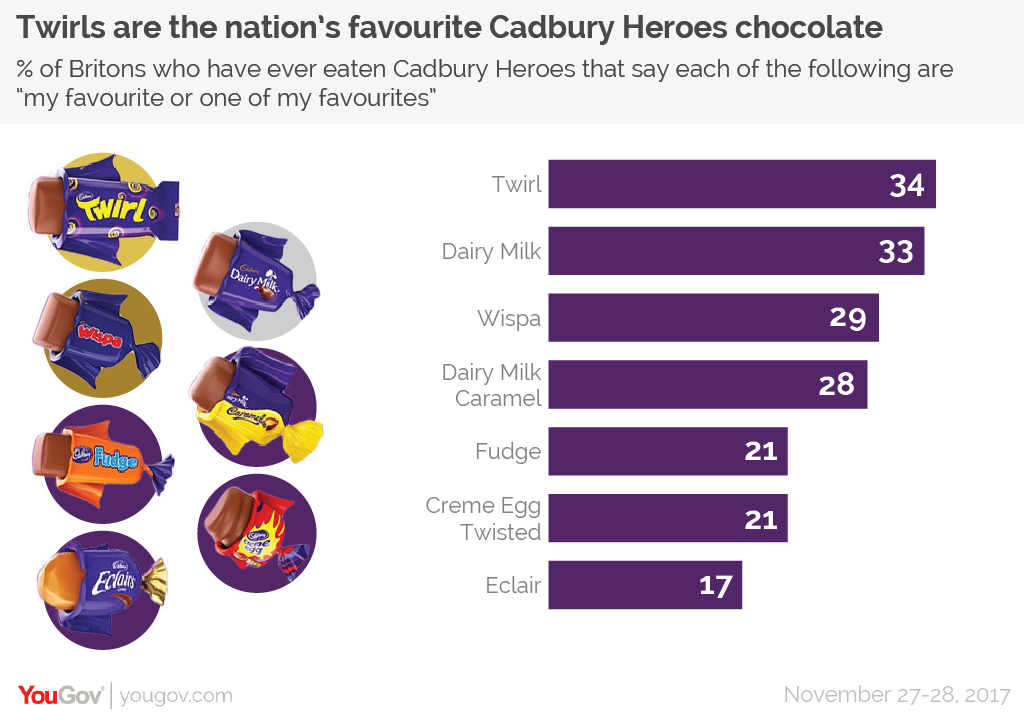 Contention for the top spot was most heated in the Cadbury Heroes box, with Twirls barely edging it over their Dairy Milk rivals at 34% and 33% respectively.