By 38% to 32%, the people of France want Britain out of the European Union

New YouGov Eurotrack data reveals that it is not just the British public that want the UK to leave the European Union; French people want Brexit, too.

A  plurality of people in France say they would rather that Britain left the EU than stayed in it (38% to 32%). Of the six EU nations surveyed, only in France and Britain did more people say they wanted Britain to leave than stay (in Britain those figures were 47% and 43% respectively). 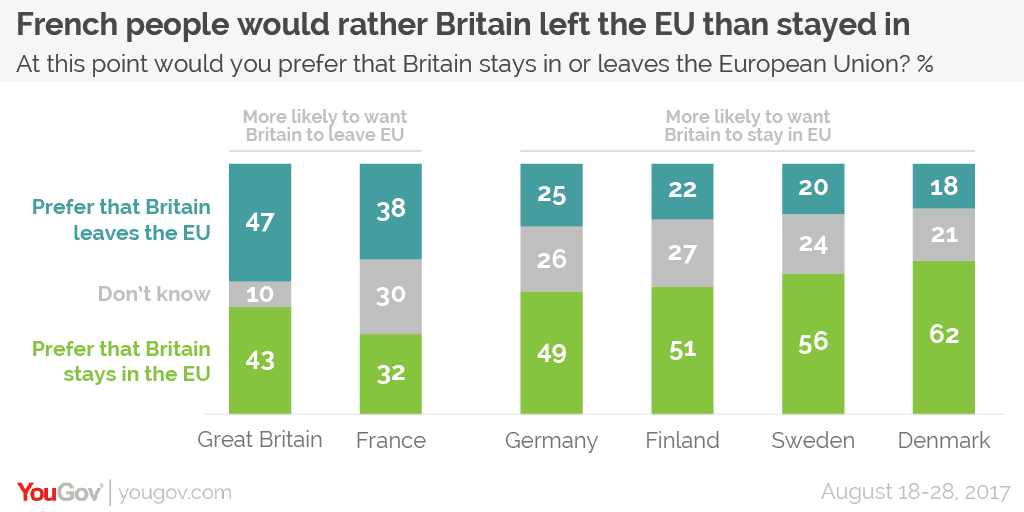 Should I stay or should I go now?

British Brexiteers are evenly split 48% vs 47% on whether the UK should leave the EU immediately or only once Brexit negotiations are complete. French Brexit supporters are also closely split, with 46% favouring immediate withdrawal and 50% wanting negotiations to conclude first.

By contrast, Brexit supporters in Germany and the Nordic nations are all much more likely to say that the UK should only cut loose from the EU once Brexit negotiations are complete (53-60%) than leave immediately (31-40%).

I just want you back for good

But how would people in Europe feel if Britain changed its mind about Brexit and decided to remain in the EU after all? In Germany, the primary emotional response would be positive. Asked to choose up to three emotions, the most common responses would be “relieved” (23%), “pleased” (22%) and “delighted” (15%). (Relief and pleasure were also the top two responses among Nordic EU members). 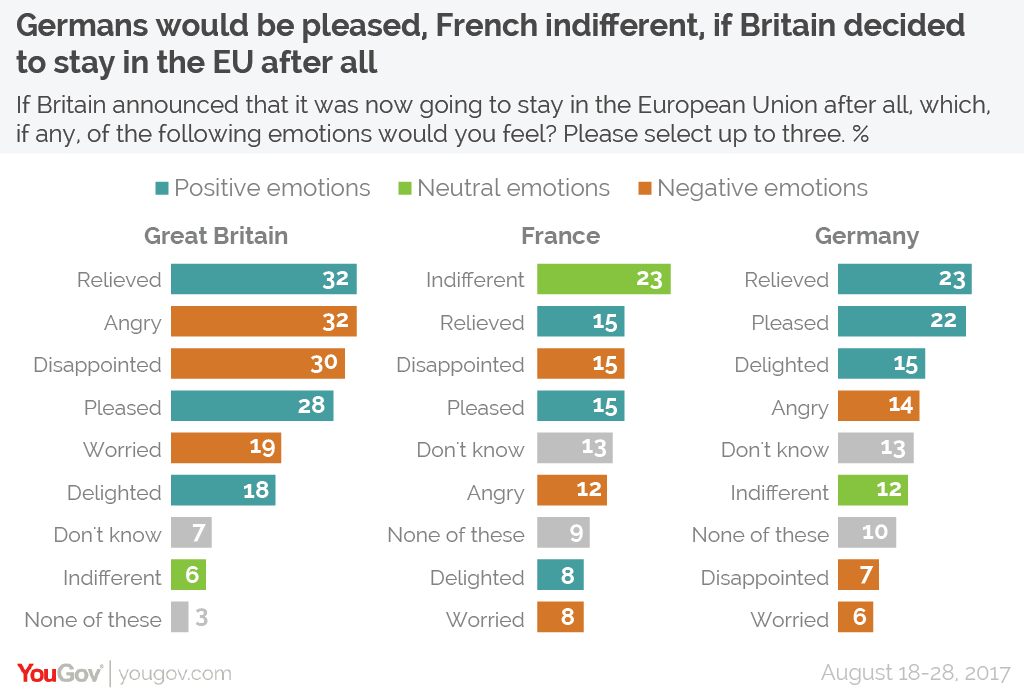 Among French people, the primary reaction would be the Gallic shrug: indifference. Close to a quarter (23%) of French people would be apathetic about Britain’s decision to remain in the EU fold, while relief, pleasure and disappointment are all tied for second place (on 15%) were the UK to stay.