With the inauguration of Donald Trump as US President taking place on Friday, the world waits with bated breath to see how the new President will take to his role. The President-Elect’s style is completely at odds with his predecessor, as are his attitudes to trade, security and the environment.

Now, a new YouGov study among nearly 17,000 people in 15 countries across Europe and Asia on the expected impact of a President Trump shows that attitudes towards the land of the free have soured in the wake of his election.

In ten of the 15 countries surveyed, at least half of the population have a more negative view of the US as a result of the election. 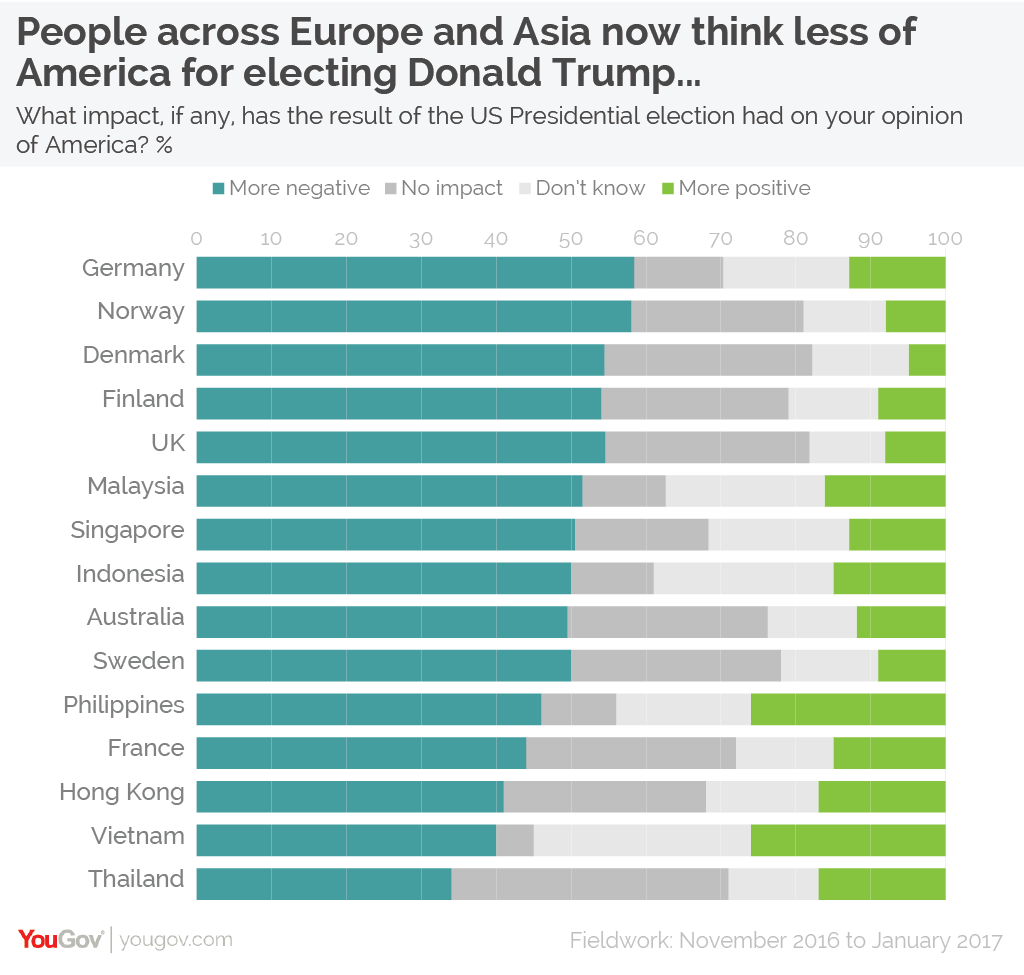 In each country, those with more negative view of the incoming commander in chief outweigh those holding positive views by double-digits margins. Those in European countries are generally more negative than those in Asian ones.

This is not necessarily representative of every country in these two regions of course. Russians, although not included in this survey, have historically shown more favourable attitudes towards the prospect of a President Trump, and may well feel differently about his election success to their European neighbours.

People also think less of Americans following Trump’s victory. Large numbers of people in each country surveyed now have a more negative view of American citizens (including a majority of those in Germany, Norway and Britain). 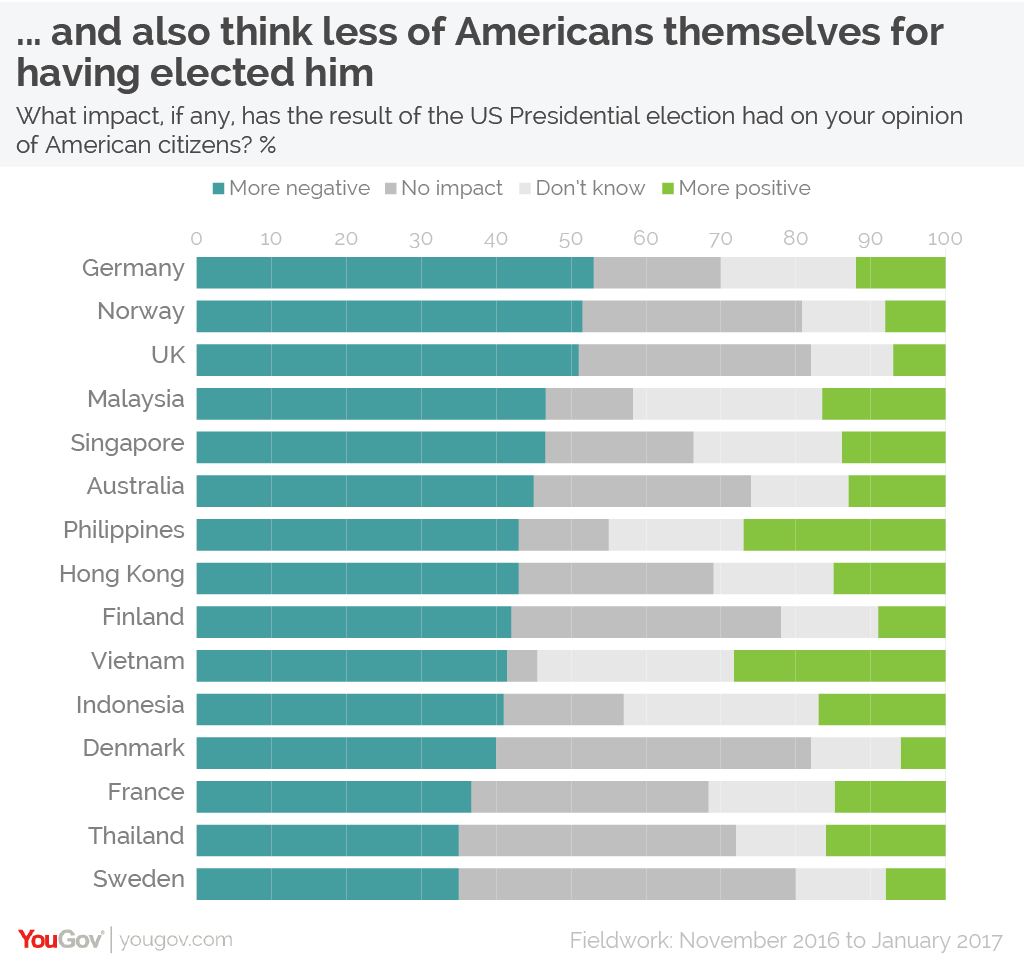 Trump will be bad, and bad for foreigners

Reading the results, it is clear why so many in Europe and Asia are down on America. Across the board there are expectations that Donald Trump won’t be a good president and that his presidency will have a negative impact on their countries.

There are low expectations across the board that the New York billionaire will be a good president. Yet while between 58%-77% of Europeans say they are ‘unconfident’ in him, Asians are more agnostic.

Although almost all Asian nations are still less likely to have confidence in him, there is one exception: the Philippines. The Philippines is the only country surveyed were more people are confident in Trump than are not (albeit by the most slender of margins – 34% vs 33%). In fact, Filipinos have more confidence in him Trump as president than Americans themselves.

Their relative enthusiasm for Trump could be explained by their country’s domestic politics. Filipinos recently elected their own populist President – Rodrigo Duterte, who ran on a hard-line platform and had a hostile relationship with Barack Obama.