If the US presidential election was held in Europe, Hillary Clinton would win in a landslide, a new seven country study by YouGov shows.

However, people in the UK, Germany, France, Denmark, Sweden, Finland and Norway are not that enthusiastic about the prospect - believing that the former Secretary of State would only be an "average" president and seemingly voting for her because they believe Donald Trump would be a "terrible" Commander in Chief. 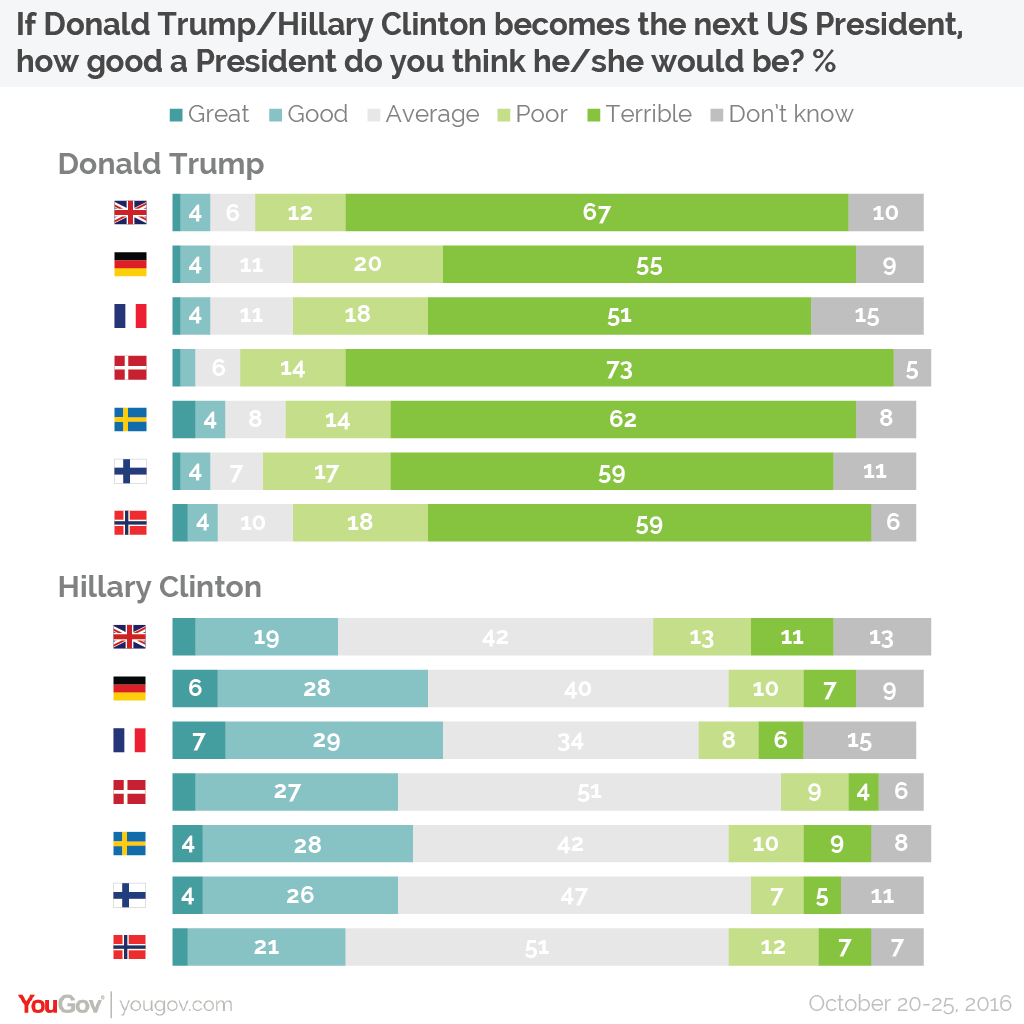 YouGov's EuroTrack survey shows that if people in these countries could vote in the poll on November 8, between 87-94% of would vote for Clinton compared to 6-13% for Trump (excluding don't knows/would not vote). This mirrors how people felt in the 2012 election where Barack Obama led Mitt Romney by 90-95% to 5-10%.

Europeans think that Clinton is the more capable candidate across a wide range of issues. Nearly two thirds (65%) think that she would be the best candidate at improving the USA’s relationship with Europe, compared to just 5% for Trump. 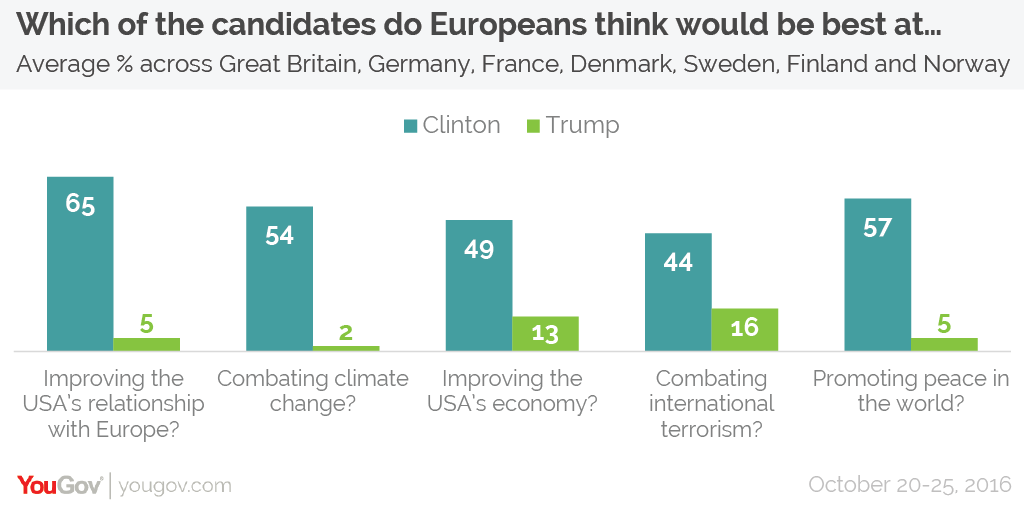 Trump’s best scores come in his ability to combat international terrorism, but even here he is only supported by 16% - a full 28 points behind Clinton’s 44%.

It seems the prospect of a Trump presidency does not sit easily with many Europeans. Asked to say how they would feel about the property magnate prevailing in the vote, the most common response in all but one country was that they were “afraid”. The prospect of Trump winning would also be greeted with "disappointment", "anger", "sadness", "pity" and even "amusement". 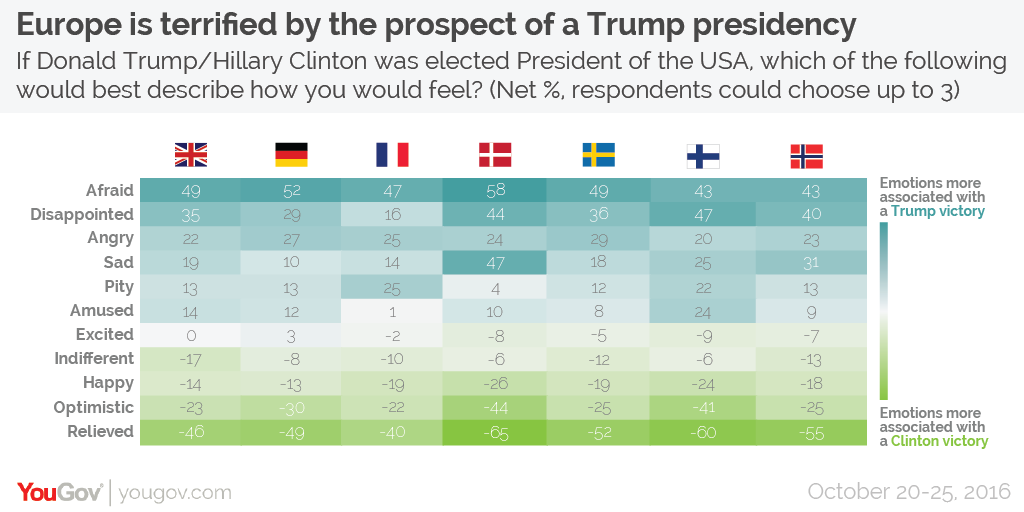 Their unease about Trump also shapes their feelings towards a Cintion victory. Across all countries, the commonly chosen response to the former Secretary of State becoming president is “relief”. Other feelings associated with Clinton prevailing include "optimism", "happiness" and, tellingly, "indifference".

See the results here and here