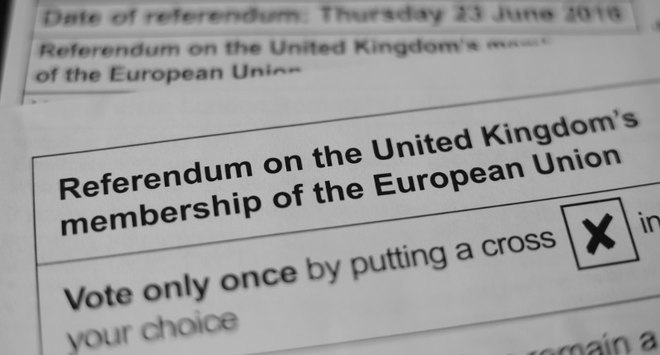 Our last voting intention figures before polls open for the EU referendum are REMAIN 51%, LEAVE 49%.

Our current polling suggests the race is too close to call, but the recent trend has been towards Remain, just as other referendums in the past have shown late movement towards the status quo. In this poll we asked people who said they didn't know how they would vote which way they were leaning and re-allocated them on that basis, an adjustment that increased the position of Remain by a point, but it is still possible that people will change their mind on the day.  We also included Northern Ireland. 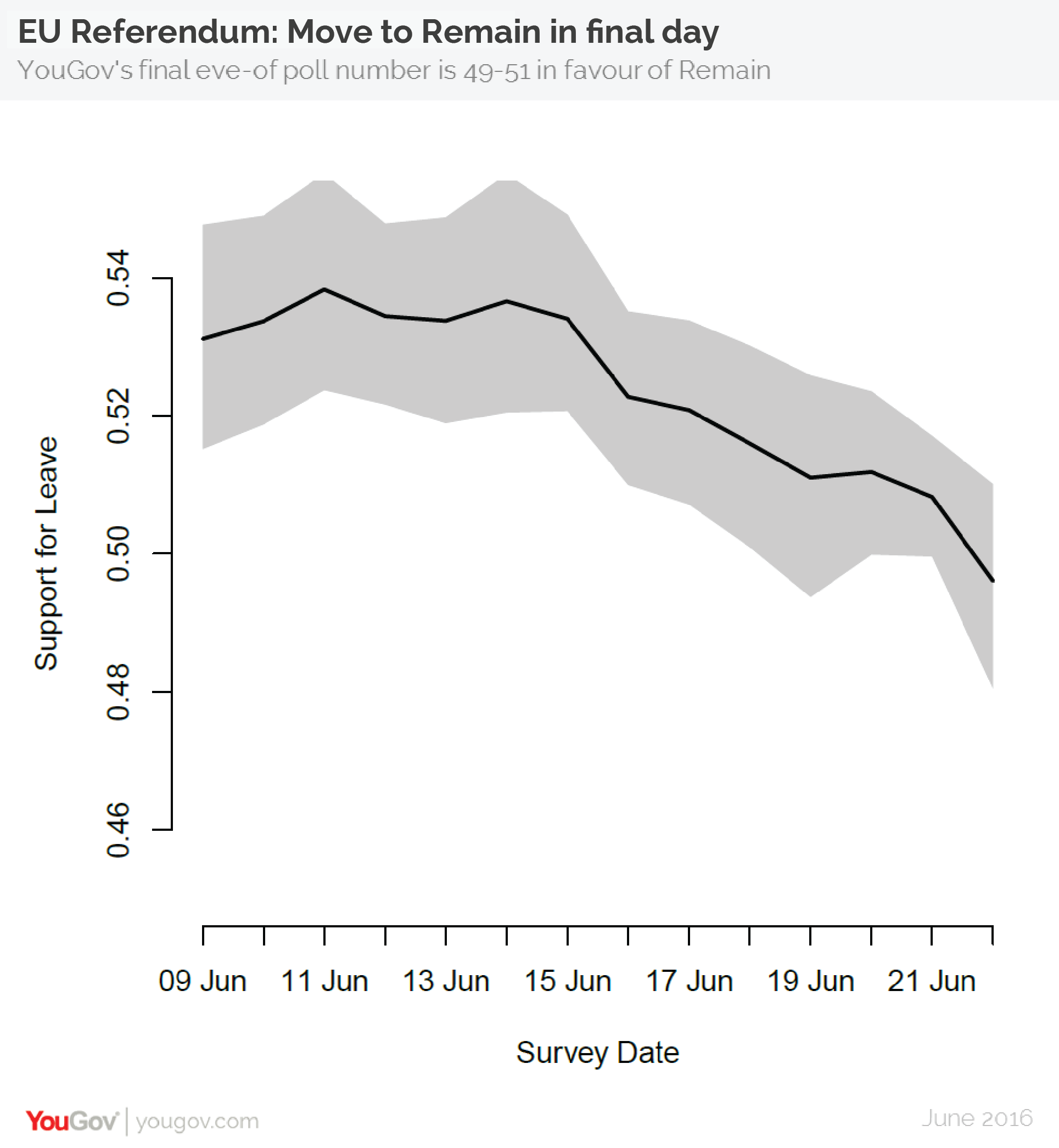 On voting day itself we will again be conducting a re-contact survey of people who took part in our final poll, as we did in Scotland in 2014, to see if there is any last minute change. We will be announcing the results on Sky just after 10pm on Thursday.

The poll was adjusted for turnout based on how likely people said they were to vote and whether people voted at the last general election. This did not make any difference to the headline figures in this poll, but it remains to be seen what the impact of turnout will be on the day itself.

The YouGov Model, pictured, was updated to include data collected over the last few days and shows the same narrow lead for Remain and confirms the continued trend towards the Remain side of the past few days.