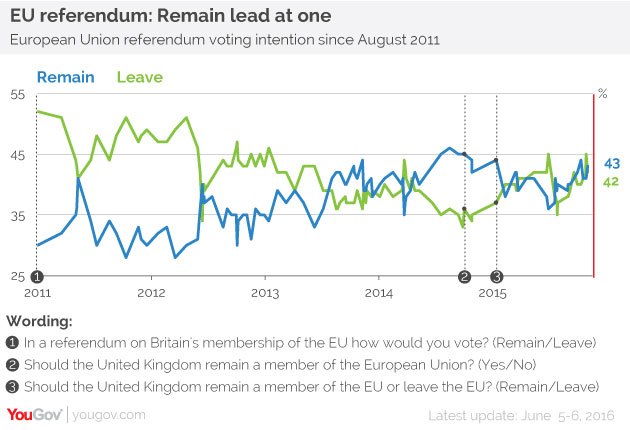 After a series of polls from different companies suggesting some movement towards the Leave campaign (including a four point leave lead in our previous poll, conducted last week) our latest poll for the Times (conducted on Sunday and Monday) shows Remain back ahead by a single point. 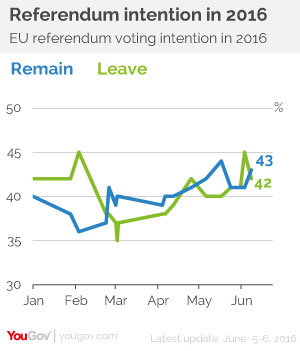 It's possible that last week's polls were a short term movement caused by new immigration figures and the issue of immigration being in the news and now the agenda has moved on again the Remain vote is recovering. Alternatively, either last week's poll or today's are just some of the random noise that is unavoidable in all polling.

For most of the campaign so far our regular polls have shown little movement, with just normal volatility around a race that appears to be neck-and-neck. Recent polls had suggested there was some movement in the direction of Leave. Our poll today raises a question over that, but as ever, polls are only a snapshot of the current positions in a race that has two and a half weeks left to run. In previous referendums public opinion has often changed a lot in those final weeks, it may also be the case this time round.