On 21 October 2015 Doc Brown and Marty McFly burst into the present in a DeLorean time machine from 1985, in the cult classic Back to the Future Part II. Also on this day, as people roll around on ‘hoverboards’, have computers in their pockets and use drones to film things, YouGov conducted research into British people’s attitudes towards time travel. 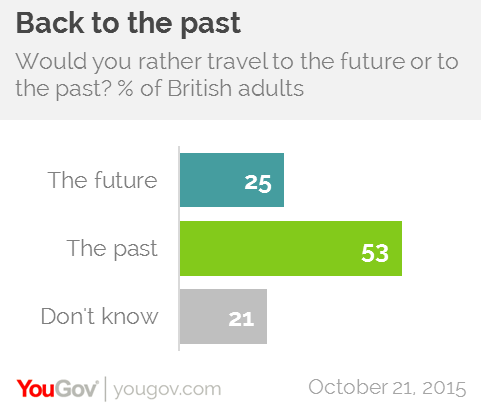 There’s a sliver of hope in the British public’s mind that one day we might escape the present – one in four (24%) say that time travel is possible, while 55% say it is not and 21% honestly don’t know.

But complimenting previous YouGov research which has found the future to be a far less hospitable place to the public than the past – only 12% of British people say that the world is, all things considered, getting better – the majority (53%) would rather go back than forward (25%). 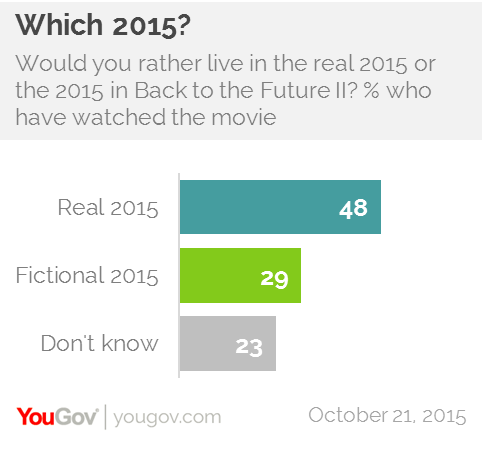 The 2015 in Back to the Future Part II featured flying cars, real hoverboards, talking jackets, self-lacing shoes (Nike have filed a patent for these), roll-up TVs, smartglasses and… fax machines. In some ways it got things right, in others not so much.