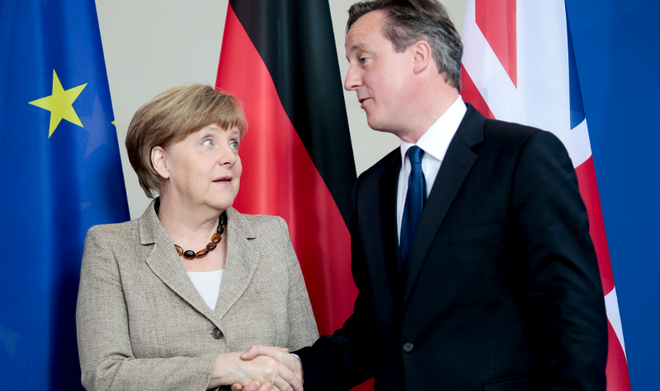 Most Germans want Britain to remain a member of the European Union, though one in five would rather it didn’t

David Cameron recently returned from a tour of four European capitals to jumpstart his push for EU reforms. The prime minister has a sceptical public at home and already faces resistance abroad, but one bright spot was German Chancellor Angela Merkel’s apparent openness to negotiations. 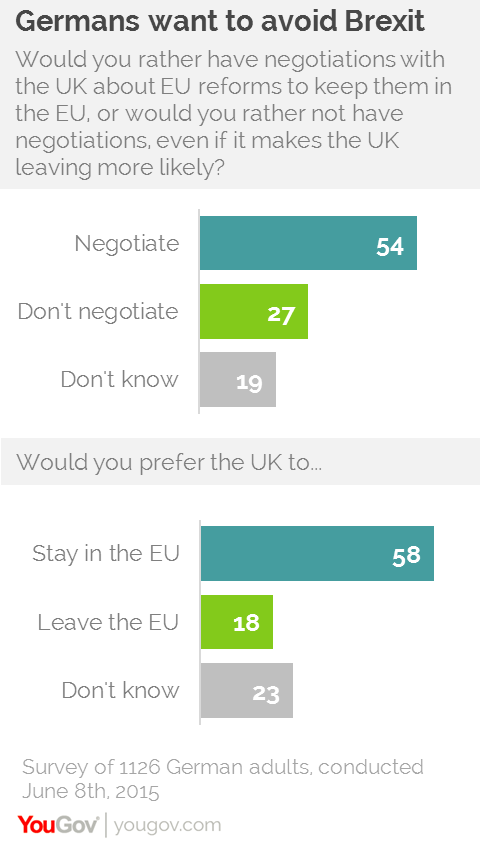 A new survey by YouGov Germany suggests the German public are also open to hearing Cameron out, especially if it makes it more likely Britain stays in the European Union.

54% say they would rather bargain with the UK government if it means Britain will remain a part of the 28-member union. Only 27% oppose negotiations, even if it makes ‘Brexit’ more likely.

A referendum on Britain’s EU membership is scheduled for 2017.

Germans also say by three-to-one (58% to 18%) that they would prefer Britain to remain a member of the EU. Majorities of all the Germany’s mainstream parties back UK membership, though the margin is smaller (51% to 29%) among supporters of the Left Party, which has criticised what it sees as militaristic and neoliberal policies of the EU. In May another YouGov Germany poll found Germans do favour a Greek exit from the Eurozone (‘Grexit’), by 53% to 30%.

YouGov’s latest poll on the EU referendum found that the pro-EU ‘Yes’ camp has a 10-point lead, but those who want to leave are more determined to vote.