Ted leads the BrandIndex global business unit and is responsible for sales, marketing and ongoing product development of the global BrandIndex service.

FIFA sponsors appear to have avoided fallout from the soccer organization’s bribery scandal that just cost it its president and other officials.

One week after the blow-up rocked sports fans around the world, American and British consumer perception of its sponsors has remained unchanged.

An examination of perception data of FIFA’s main sponsors such as Visa, Adidas, Coca Cola and Budweiser shows no moves of statistical significance over the past week from either U.S. or U.K. consumers.

In England, birthplace of the game, consumer perception of the FIFA 2018 World Cup has plummeted to its worst levels since November 2014, when Qatar was cleared to host the 2022 World Cup after FIFA’s ethics committee announced no rules were breached.

YouGov BrandIndex used its Buzz score to measure consumer perception, which asks adults 18 and over in both the U.S. and UK: "If you've heard anything about the brand in the last two weeks, through advertising, news or word of mouth, was it positive or negative?" 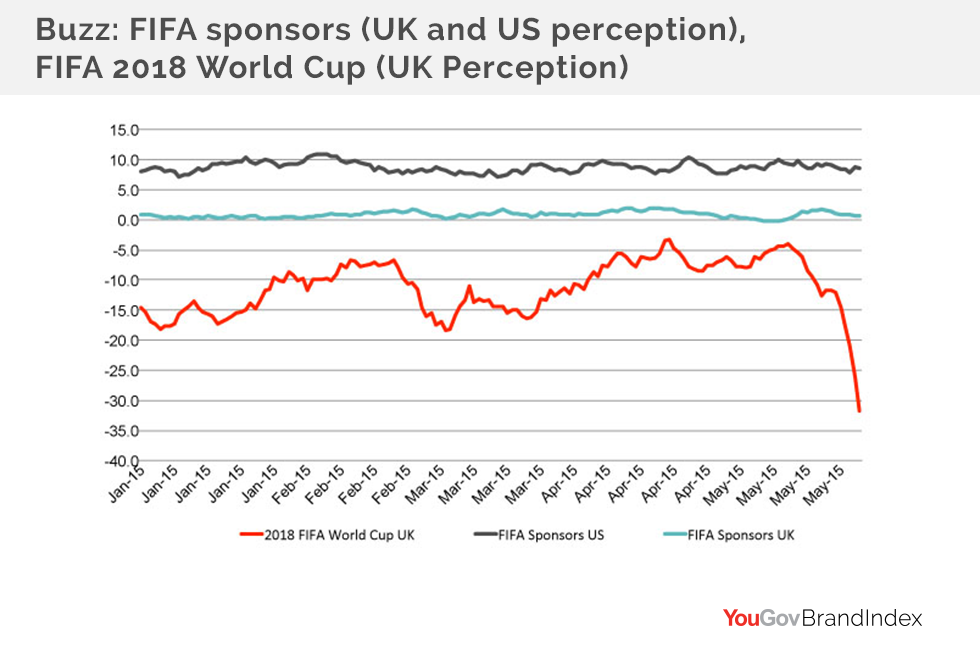 Ted leads the BrandIndex global business unit and is responsible for sales, marketing and ongoing product development of the global BrandIndex service.